Be an Energy Champion

Barbados National Energy Policy (BNEP 2019-2030) is designed to ensure:
“Energy security and affordability through diversity and collaboration: Establishing and maintaining a sustainable energy sector for Barbados.” 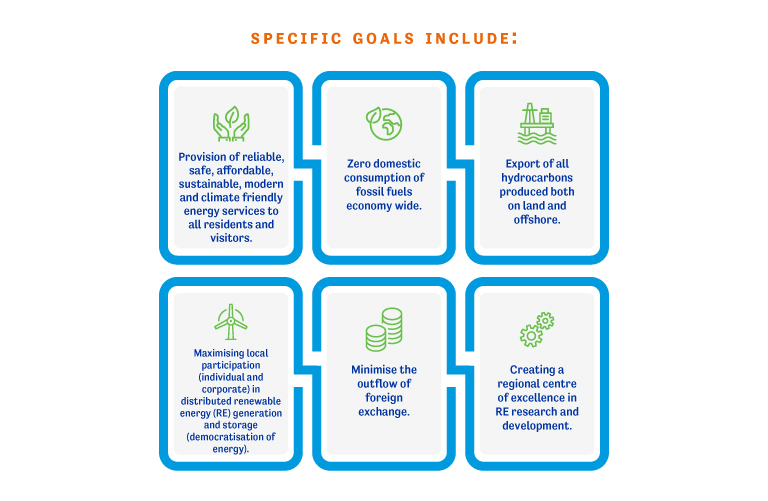 The BNEP builds on efforts of previous projects and activities to establish a comprehensive policy for Barbados in areas relating to the supply and consumption of energy across all associated sectors. It was developed using a collaborative approach, which included several rounds of interviews and consultations throughout Barbados’ energy sector in 2016 and 2017, as well stakeholder meetings in 2018. The policy also benefitted from the consideration of research and documented accounts of regional and international jurisdictions that have experienced both challenges and opportunities.

The key approach used in developing the BNEP was a Multi-Criteria Approach (MCA), where the impacts of the policies chosen were taken from as wide-ranging a perspective as possible. This meant that the cross-cutting nature of the sector was highlighted and issues related to finance, economics, the natural environment, technology and social development were considered in a consolidated manner.

The BNEP spans all aspects of the energy sector, and provides a framework for moving the island from a fossil fuel based economy to one completely based on renewable energy sources. The policy provides direction for managing this revolutionary transformation and ensuring viability from all points of view along the way.

There is reason for optimism in Barbados’ bold embrace of renewable energy technology, as it builds on its reputation of being a leader in the Caribbean and the western hemisphere. Indeed, the success of the solar water heating industry is a source of pride for the country, the recent development of the local solar photovoltaic (PV) industry and the burgeoning electric vehicle market in Barbados are also encouraging. The BNEP provides a basis for building on these successes while seeking to expand the use of these and other renewable energy technologies such as wind and biofuels.

However, even as Barbados promotes the development of renewable energy, there are ongoing plans to explore for fossil fuel resources offshore. This patrimony will be pursued aggressively with the view to maximise foreign exchange gains from the export of any exploited hydrocarbons.

Major sectors of the energy economy that were identified inter alia in completing the BNEP were the following:

This MCA deviated to some extent from previous approaches where the least cost approach was more dominant. It was thought that in considering these sometimes conflicting elements of development, a number of core values for energy development in Barbados had to be identified. While these core values were not ranked, they clarified some of the priorities to be considered in making the decisions. The values formed the basis of the Vision Statement and Visionary Goals. 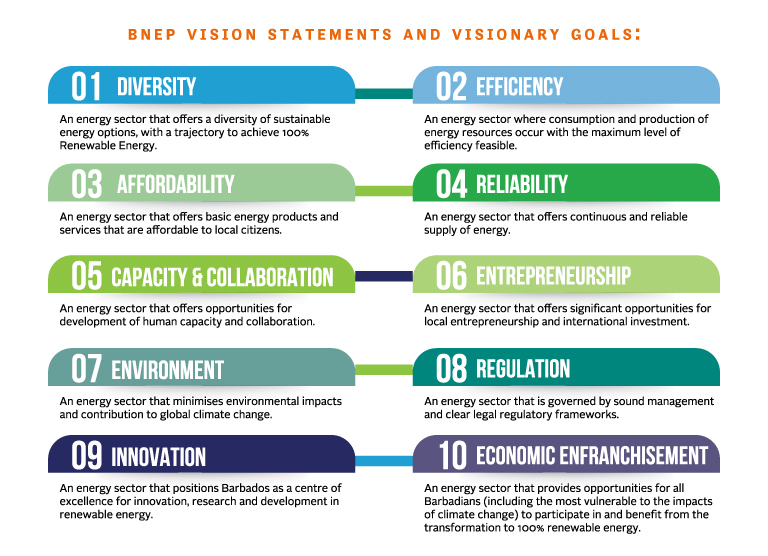